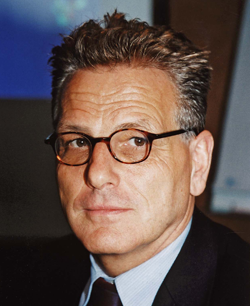 Hans-Jürgen Möller, MD, worked from 1994 to 2012 as Professor of Psychiatry and Chairman of the Psychiatric Department at the Ludwig-Maximilians-University in Munich (Germany), where he acts now as professor emeritus.

Professor Möller’s main scientific contributions include clinical and neurobiological research into psychiatry, schizophrenia and depression, and clinical psychopharmacology. Professor Möller has written and co-authored over 1,100 publications, including a huge number of original articles (Hirsch Factor 68) and several books. He was certified2014 by Thomson Reuters among 1% of researches for most cited papers (2002-2012).

He is co-editor of “European Archives of Psychiatry and Clinical Neuroscience”, and co-editor of “Psychopharmakotherapie”. He is one of the founding editors and former chief editor of the German Journal of the “World Journal of Biological Psychiatry”.