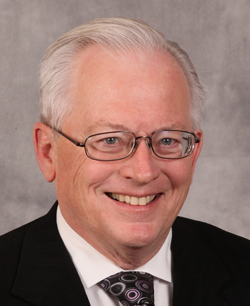 Dr. Stahl has held faculty positions at Stanford University, the University of California at Los Angeles, the Institute of Psychiatry London, the Institute of Neurology London, and, currently, as professor at the University of California at San Diego and as Honorary Fellow in Psychiatry at the University of Cambridge. Dr. Stahl currently serves as editor-in-chief of CNS Spectrums.  Author of over 500 articles and chapters, and more than 1600 scientific presentations and abstracts, Dr. Stahl is an internationally recognized clinician, researcher and teacher in psychiatry with subspecialty expertise in psychopharmacology.  Dr. Stahl has written 33 textbooks and edited ten others, including the best-selling and award winning textbook, Stahl’s Essential Psychopharmacology, now in its fourth edition, the best selling and award winning clinical manual, Essential Psychopharmacology Prescriber’s Guide, now in its fifth edition and a recently published novel, a thriller Shell Shock.  He has been awarded the International College of Neuropsychopharmacology (CINP) Lundbeck Foundation Award in Education for his contributions to postgraduate education in psychiatry and neurology.  His books have won the British Medical Association’s Book of the Year Award. Dr. Stahl is also the winner of the A.E. Bennett Award of the Society of Biological Psychiatry, the APA/San Diego Psychiatric Society Education Award, the UCSD Psychiatry Residency Teaching Award, and has been cited as both one of “America’s Top Psychiatrists” and one of the “Best Doctors in America.”  He was honored with the Distinguished Psychiatrist Award of the APA and gave the Distinguished Psychiatrist Lecturer for 2013.